Some clubs are renowned for trophy-gathering, others for longevity. For Washington’s Scandinavian teams of the 1900s it was both: A lot of silver over a multi-generational span.

Soccer’s first half-century of play throughout Puget Sound and Washington blended ethnicities from around the world. At first it was very British, but by the end of the Fifties the thick Scottish brogue, Irish dialect or English accent were receiving keen competition in the need for subtitles at Sunday afternoon games and kickabouts.

Perhaps the most polyglot club in Washington’s State League was the Vikings. The mix of mostly Swedes, Danes, Finns and Norwegians competed under that flag, plus a host of sponsors, from the Roaring twenties into the Me Decade of the Seventies. During that time, the mighty Vikings were victorious in over 25 cup competitions, including a record eight Northwest championships.

Washington became the destination for thousands of Scandinavian immigrants after the turn of the 20th century, partly because they felt familiar with the climate and topography. Their skills were also a match for the logging and fishing industries. Seattle’s Ballard neighborhood proved a rallying point for its immediacy to the mills and docks.

In addition to social clubs, the Viking Athletic Club was founded in the 1920s. While it organized various activities and sports for both youth and adults, its focus was soccer. In addition to the men’s state league representative, for a brief time a women’s team was sponsored, in 1929.

Sponsoring businesses and their associated teams would come and go in the senior amateur ranks. But the Vikings were an unrivaled connection to the Scandinavian community and competitive consistency. Apart from World War II, when many playing-age men were either enlisting or working to support the Allied war effort, they could be found near or at the top of the first division table.

Formed in 1924, this Nordic tribe truly came into its own beginning at the onset of the Fifties. Following some success in the second division, the Montag Vikings claimed a couple of state titles prior to World War II, when they disbanded. When they resurfaced in 1948 it was as Acme Tyee, a lumber and millwork business owned by Norwegian-born H.W. Hansen. Managed by Vic Olson, they won a state and Northwest champion by their second season.

Scandinavian-owned businesses, from restaurants to realtors to social clubs, would always step up to support the club and the league. Ballard’s Norselander Restaurant, Norway Center and the Nordic Lodge would host the season-ending awards banquet. Sailors from Scandinavian merchant ships would often be brought ashore to play at Lower Woodland. In 1951, AIK became only the second European club to stop in Seattle. Paying the freight for the Stockholm side was a consortium of businessmen featuring Swedish-born Einar Carlson, Axel Thornberg and Ivan Anderson, plus Norwegian immigrant Austin Gundersen.

Gundersen had already made a name for himself on the pitch. He was regularly rated among the top players, and in 1949 he was among the local all-stars to face England’s touring Newcastle. Erling Hansen, formerly with the Norway Air Force, was a candidate for the 1950 U.S. World Cup squad. Other Super Scans included Thor Ronning, Austin Strom, Tore Volan, Per Petersen, Reidar Olsen and Thor Aanes.

Before the Vikings’ flame flickered out, they became one of the first local clubs to venture into the National Challenge Cup fray. The Leif Erikson team reached the regional finals in 1970.

Swedes, Norwegians, Danes and Finns have greatly influenced the game's advancement in Washington, and the Vikings always seemed to be lifting trophies.

Former Black Diamond standout Bobby Harlin is given a tribute at Rainier Golf Club. Harlin, who had both legs amputated several years earlier, is presented with an electric cart. Harlin, who came to America from England in 1906 at the age of 24, was elected to Seattle City Council in 1929 and later served nine months as mayor, in 1931. Harlin was also state director of labor and industry under Governor Langlie.

Glen Norberg's sendoff match for E&E Meats is glorious as he scores the winner in the George Washington Cup final at White Center, 1-0, over Norseland Vikings. Norberg, playing his final game before reporting for duty with the U.S. Army the following week, gets the winner on the half-hour on a cross from Herbie Wells.

Norselander Vikings get two goals from Erling Hansen to repeat as victors in the ninth annual Five-a-Side tournament at White Center. The Vikings beat E&E Meats, 2-0, to split $125 in government bonds.

Visiting International Students Association, known commonly as VISA, plays its first state league game, falling to Norselander Vikings, 5-2. The University of Washington international students formed the team, with 24 turning out initially. VISA goes 1-5-0 during the season's first half after losing Finnish standout Aoke Forsman to the Vikings in midseason.

Completing the second half with a 4-2 win over United Restaurants, E&E Meats finishes the state league second half with a perfect 6-0-0 mark. That also gives the Meat Men, winners of the first half, the overall championship. Joe Romedo, Tom Turner, John Phelps and Glen Norberg score at Lower Woodland. Down 3-2, UR misses a potential tying goal penalty kick with 15 minutes left. Buchan (4-2-1) takes second place.

A worldwide series amongst Scandinavian merchant marines comes ashore to Seattle's Lower Woodland Park as sailors from Norway's MS Castleville defeats Sweden's SS Vangaratta, 2-1. It's Castleville's seventh win without a defeat (also one draw). Tournament headquarters in New York arrange matches when ships from Sweden, Norway, Finland or Denmark are docked in nearby ports around the globe.

Joe Romedo scores goals two minutes apart to break open a scoreless deadlock and league champion E&E Meats adds the Puget Sound Power and Light Trophy – its fourth – to its annual collection, 3-0, over New Italian Cafe at White Center Stadium. The Butchers earn the state title and right to meet Oregon's champion for Northwest bragging rights. Italian Cafe starts strong but has nothing to show for it. Romedo scores in the 70th and 72nd minutes, then Ivor Merryfield puts home a John Phelps corner in the 80th.

Ron Tullis connects on the overtime game-winner to give Buchan Bakers the Hamilton Douglas Cup, 3-2 over the Norselander Vikings. The cup was contested by all state league teams apart from winners E&E Meats. Tullis met a pass from Lefty Lane in extra time. In regulation, Jim Everham and Joe Baltimore tally for the Bakers. Bruno Jandesek and an own goal account for the Vikings' scores.

“
Remember how we had the very best here, Newcastle United in 1948 and AIK from Sweden last summer? Both games had splendid promotion, plenty of newspaper attention – and a terrific shortage of customers.
— Alex Shults, Seattle Times reporter, on the viability of Seattle playing in a proposed Pacific Coast League 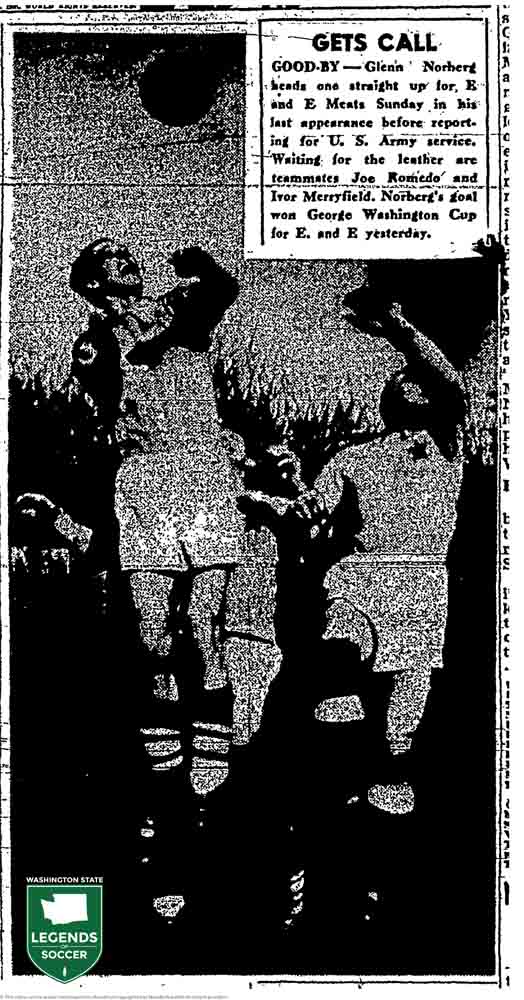 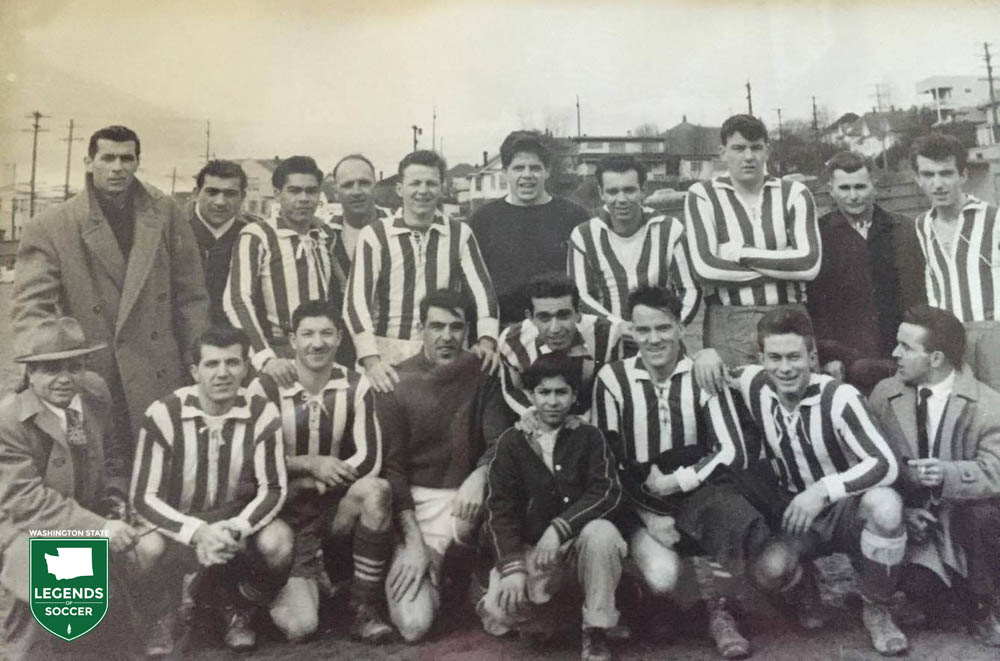 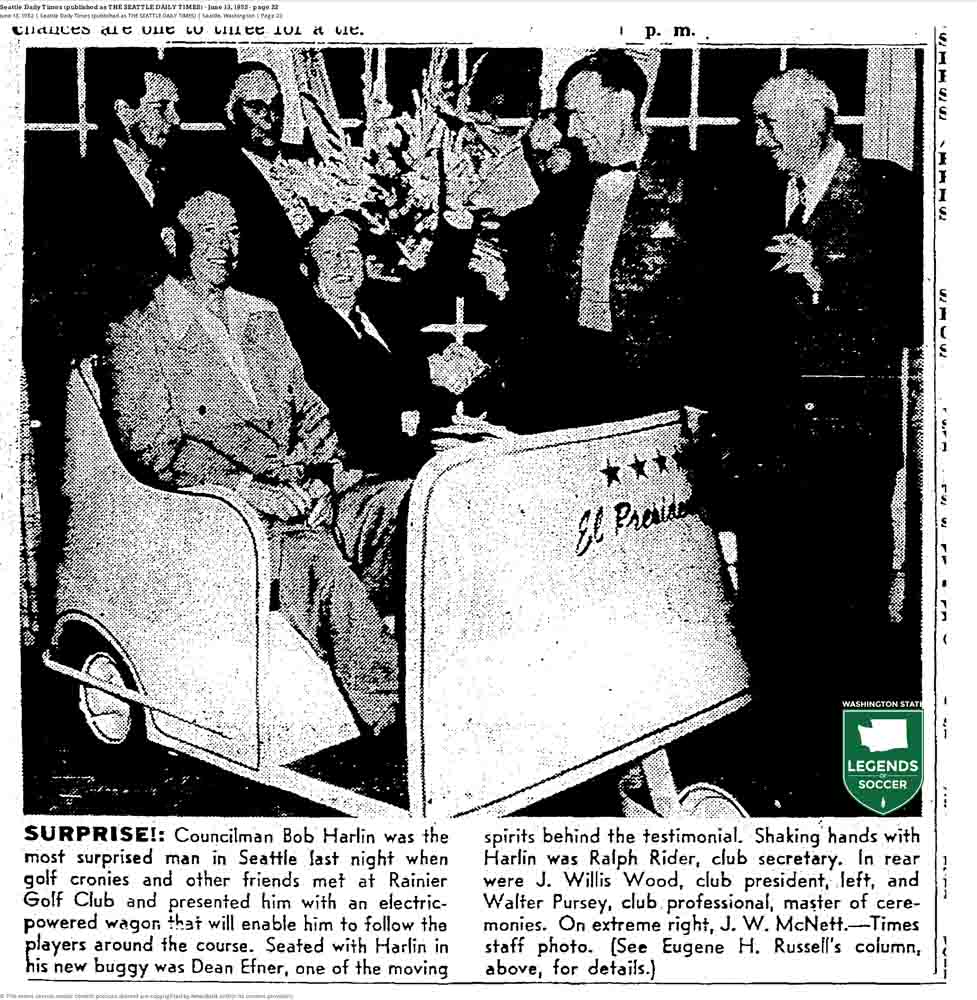 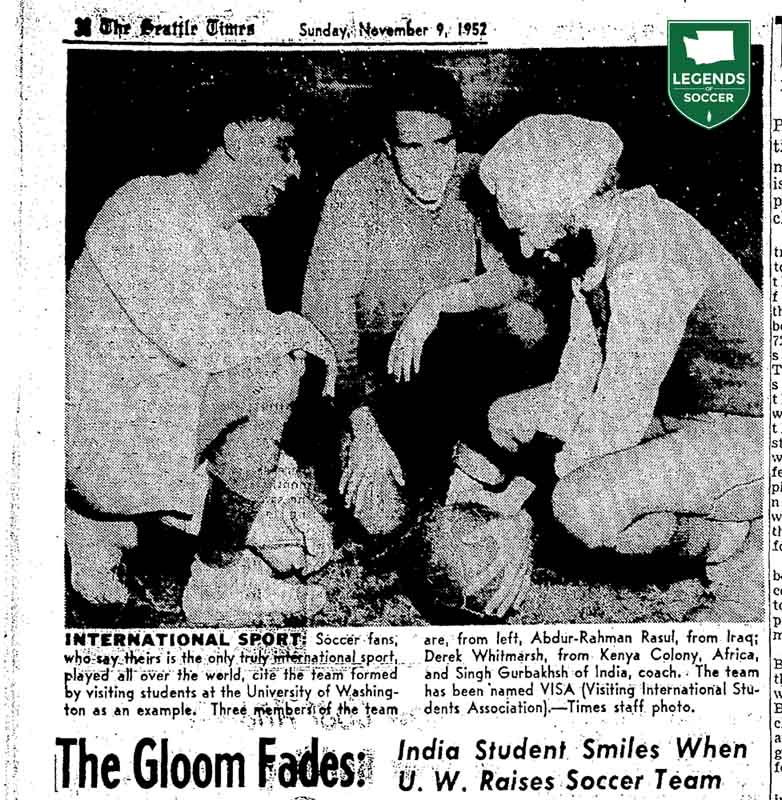 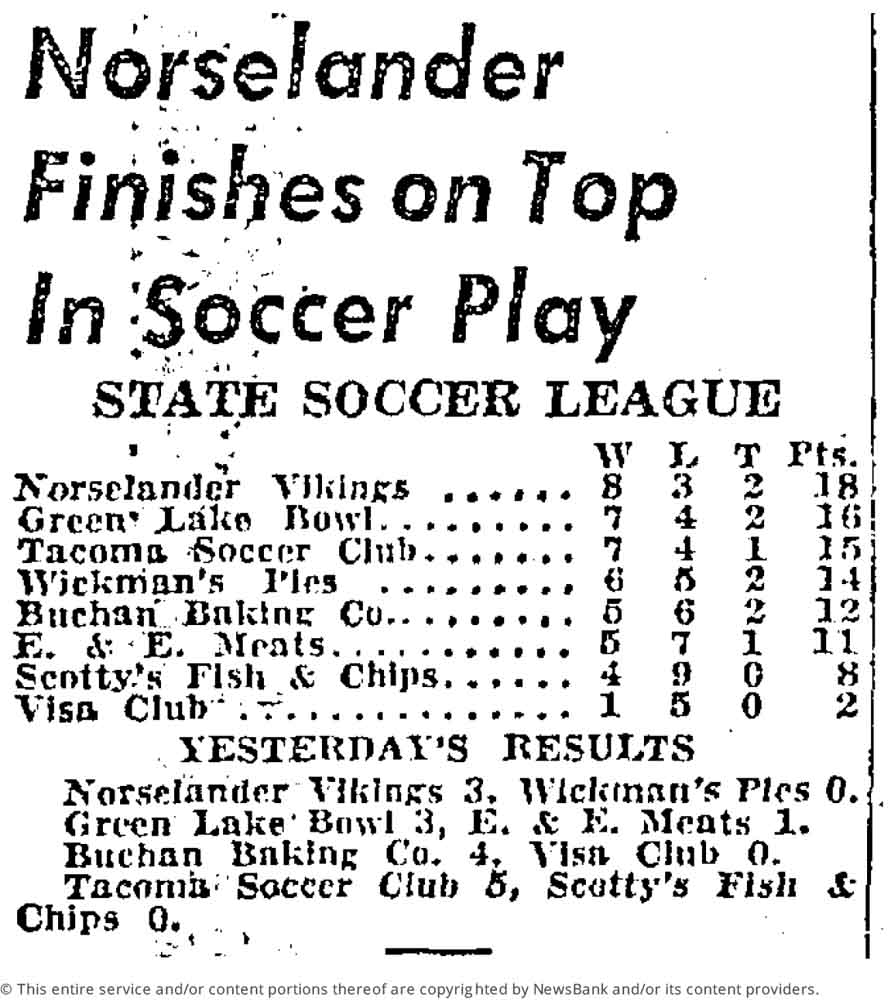 On this Day in History
Despite dominating the number of chances, the Seattle Hungarians fall to the San Francisco Greek Americans, 1-0, on a goal in the second minute, in the West semifinals of the National Challenge Cup before 2,500 at Balboa Park. Kirk Apostolidis beats Willi Lindner, and the Greeks nearly make it 2-nil moments later. Seattle then asserts control. The Magyars pepper the goal with shots, get a penalty appeal denied and Alex Bogdan's late try is cleared off the line.
More from 1967 ›
Gus Zadra finds the net in the 71st minute as Western Washington stuns Seattle Pacific, 1-0, at Interbay Stadium. The teams are tied for fifth in the region and vying for one of four NCAA tournament slots. It's the Falcons' first home loss this season.
More from 2002 ›
Tacoma players allege 4-1 loss to Seattle Rangers entirely attributable to 'Referee Ross,' who made one-sided decisions, including a penalty call for Rangers. The kick was saved by Tacoma, but Ross ordered a re-try that was converted.
More from 1919 ›
Sixty trialists attend the Sounders' first tryout at Bellevue Community College. Of those, Roger Goldingay, Ballan Campeau and Dave Landry eventually make the team.
More from 1974 ›
© Washington State Legends 2023.